It’s National BBQ Week this week so a couple of barbecue posts are an essential. So, we’re starting off with the all-important barbecuing on a budget.

Everyone loves a barbecue when the weather’s nice, but after the excitement of the initial invitation, very often for the host it ends up an expensive nightmare. However, there’s no need for a barbecue with friends to cost the earth, in fact it can be done very cheaply while still being very, very tasty. So, if you fancy a barbecue but need to do it on a budget, here are our top tips. 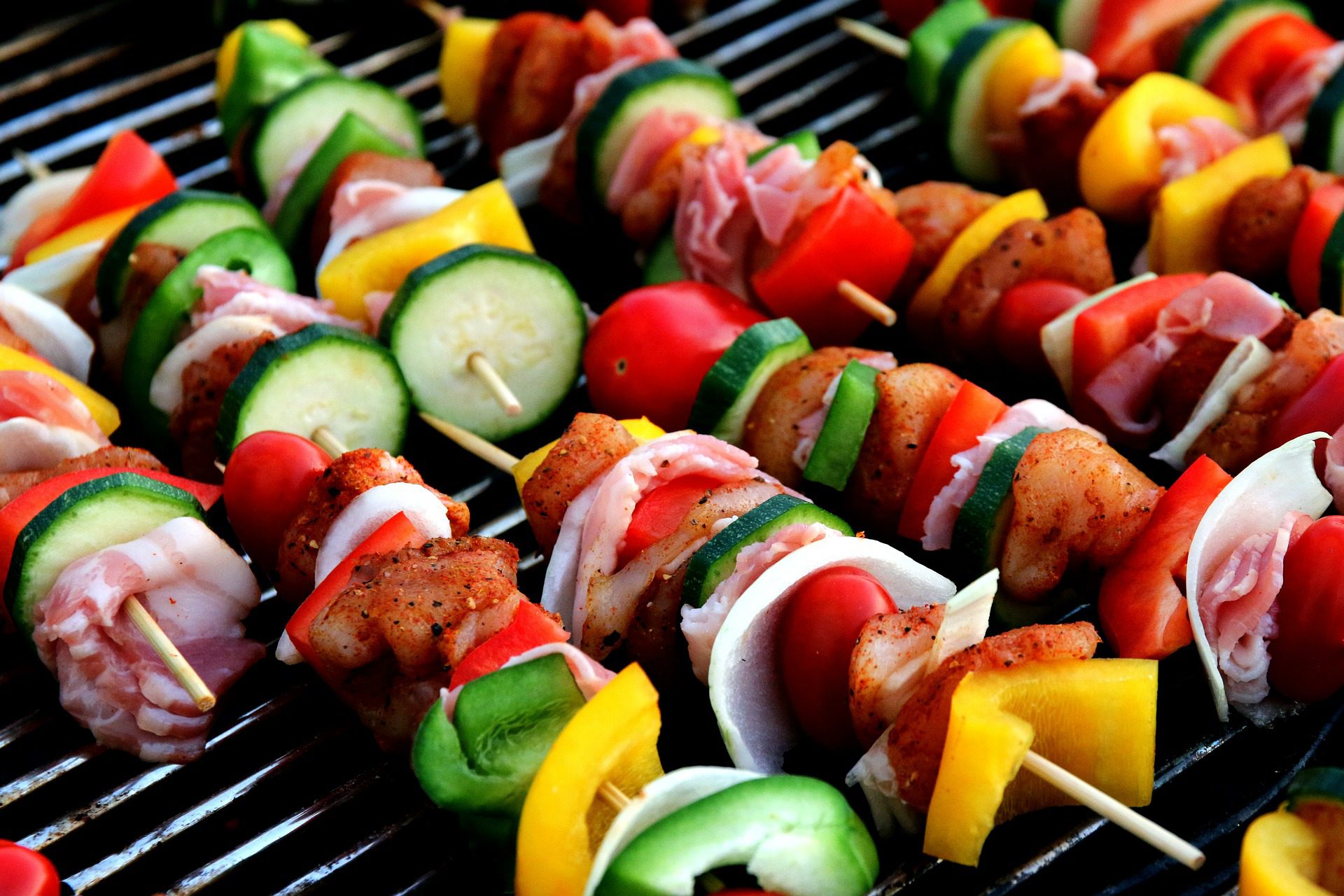 Burgers and sausages are a must have for any barbecue, but if you can’t afford the speciality ranges don’t worry – just jazz up the cheaper ones at home. Cut your sausages lengthways, add a cheese layer in the middle and wrap them in bacon to keep them secure. For burgers push chunks of cheese or bacon into the meat before cooking. With melt in the mouth fillings, no one will know they’re the supermarket’s cheaper choices.

You should also use cheaper cuts for kebabs, rather than chicken breast get some full-flavoured chicken thigh. Add it to skewers with onion, mushroom, peppers and perhaps a bit of haloumi and your guests will love it.

Always make your own marinades. Not only is it cheaper, it’s also much healthier to make your own compared to the bottled brands in the supermarket. It might sound fiddly but it’s actually not that much work and if you marinade your meat the night before that’s one less job for the big day too. Check out this recipe for a great overnight marinade.

You don’t have to spend a fortune on a barbecue, especially if you’re only likely to use it a couple of times a year. However, it’s important to make sure it’s of a good quality. A good quality grill will last years, compared to a budget buy that might only last you a single summer. Look out for deals on barbecues that offer long warranties. Weber barbecues for example are available from £79.99 and some parts are guaranteed for up to 10 years.

There’s absolutely no need to go overboard on fuel. If you have a charcoal barbecue then a single layer across the bottom will allow for between one and two hours cooking time. When cooking with gas, once the grill has heated up you can turn the gas down and make the most of the lid to contain the heat.

A plain burger is no burger in our book, but just because sauces are expected at a barbecue doesn’t mean they should be expensive. Buy the supermarket own brand ketchup and mustards and decant them into dishes for your guests to dip into.

Don’t worry about anything too complicated; jacket potatoes, a simple salad, grilled onions and vegetable kebabs are the perfect barbecue choices and suit everyone.

Never forget about the vegetarians at a barbecue – they do enjoy them too. Also, veggie food is also popular with many meat eaters too, especially if it comes in the form of stuffed peppers and mushrooms and haloumi kebabs.

If you’re in need of something to cook your meaty goods on then look out for our next post on the best cheap barbecues.

One Thought to “How to barbecue on a budget”