Stay-cay, holiday, getaway. Whatever you like to call it, UK getaways are becoming more popular than ever. Since the cost of going abroad has continued to soar, the UK holiday scene has began to boom. So, where’s popular on the UK holiday map this year? 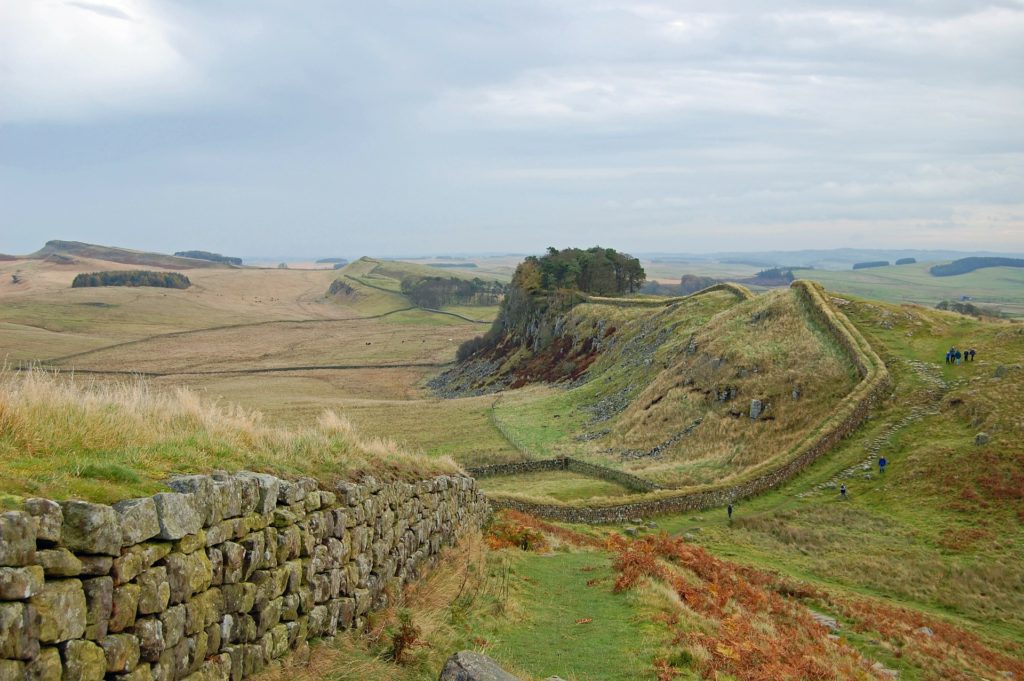 It might not seem like the most popular place to holiday, but if you’re the outdoorsy type then you’ll love this. If you love the great outdoors then there’s every chance you’ve visited Hadrian’s Wall before. However, this year, there’s even more to see – you’ll need to get your skates on though.

This year, from 8th April until 10th September, there has been a new exhibition telling the stories of the Roman Cavalry who guarded the wall all those years ago. Hadrian’s Cavalry ends on the 10th September, so if you want to visit you’ll need to be quick. Events are being hosted at 10 sites across the 150-mile world heritage site.

As well as the Cavalry exhibition, make the most of the amazing surroundings at The Sill, a brand new landscape discovery centre. The Sill opened officially on 29th July 2017 so it really is brand new! If you’re looking for somewhere to stay during your Hadrian’s Wall getaway then the development also features a brand new, 86 room hostel with ensuite family rooms as an option.

Again, not a city you’d consider a typical holiday hotspot. However, Hull definitely has plenty of merits. Hull is, of course, this year’s UK City of Culture, a prestigious title that’s fought for by all cities (big and small) around the UK. Of course, Hull didn’t need a title to make it a cultural city.

Let’s start with the galleries, because there are plenty of them. Humber Street Gallery in the old town, has plenty of contemporary pieces on display. Right now, there’s an exhibition – From the Shocking to the Sublime – which focusses on contemporary visual arts inspired by Hull. There’s also the Ferens Gallery which has recently been completely refurbished and this year will host the 2017 Turner Prize.

2017 marks the 60th anniversary of the Brecon Beacons National Park. There’s always loads going on around here from pottery workshops to group walks and talks. Make sure you explore the quaint towns and villages in the surrounding area for some great food and lovely places to stay. There are also a number of permanent attractions in the area including kept gardens, castles, caves, reservoirs, canals and the largest natural lake in Wales, Llangors.

If you’re one for ticking world heritage sites off your list then head over to the west of the park. Known as Fforest Fawr, it’s an area dedicated to the promotion of the cultural and geographic heritage of the area. It’s also a UNESCO Global Geopark!

This is one for all you book worms out there. As I’m sure you’re all aware, this year marks the 200th anniversary of the death of Jane Austen. As one of Britain’s most famous literary figures, it’s clear why there are so many goings-on to commemorate the anniversary of her death.

Your first stop should definitely be Austen’s old house in Chawton. She lived here for the last eight years of her life and the house has since been turned into a museum. It was while living in this house that she completed her famous novels Emma, Persuasion and Mansfield Park. She also made some key revisions to novels she’d written earlier including Pride and Prejudice, Northanger Abbey and Sense and Sensibility.

The museum currently has a special exhibition running until Austen’s birthday on 16th December. The exhibition, 41 Objects, has new artefacts on display each week, providing a great opportunity to catch a glimpse of things previously unseen. There’s also a short story competition aimed at aspiring writers who wish to follow in the footsteps of their idol.

In Bath, a little later in the year, you could also pay a visit to the Jane Austen Festival. Here, you’ll find everything from book signings, Jane Austen themed walks, readings of Jane Austen’s famous novels and much more.

Hopefully this post has given you a few ideas on where to head off to this summer. We’ve tried to stay away from the typical holiday destinations of St Ive’s, Newquay, Portsmouth etc. because we all know about those. Just in case you don’t feel like being a culture vulture this summer though, Visit England should be able to help you out.